Wildfire season has arrived in California, and the company behind some of the state’s worst blazes is again preparing to take drastic measures to prevent more catastrophes — all while the whole state is simultaneously grappling with the coronavirus pandemic.

Northern California is primed for a dangerous fire season as it emerges from a warm spring preceded by a winter with well below normal amounts of rain and snow. The situation poses a big test for Pacific Gas and Electric Co., which is close to wrapping up its year-and-a-half-old bankruptcy case prompted by its responsibility for a series of horrific fires.

PG&E has been trying to shore up its vast network of power lines that traverse 70,000 square miles from Bakersfield to Eureka. But none of that work will prevent the company from taking the controversial step of turning off electricity to prevent more fires during dry windstorms this year.

After weathering intense criticism during last year’s fire-prevention blackouts, PG&E says it is working to make this year’s power shut-offs shorter and affect fewer people. But the company does not plan to hold back entirely on shutting down parts of its grid.

The coronavirus won’t keep the lights on, either, even as people spend more time working from home and staying inside.

“While we’re sensitive to that, wildfire is not,” said Matt Pender, the director of PG&E’s community wildfire safety program. “Our decision-making criteria has not changed because of COVID(-19). We’re not willing to take a risk because of a catastrophic wildfire because of it.”

PG&E is so far mostly on pace with its 2020 fire safety program — except for one part that is important to narrowing the scope of the blackouts.

As of late May, the company had installed more-resilient power poles, covered bare wires and buried some lines underground across 105 line miles. PG&E had also performed more intense tree trimming along 939 power line miles and is installing more weather stations and fire-watching cameras. Pender said the company’s progress is well ahead of where it was the same time last year in multiple areas.

Yet PG&E has fallen behind on installing “sectionalizing” devices that allow the company to better isolate the parts of the grid it shut down. Pender blamed the delay on a decision to switch the kind of technology it was using and said crews should still meet the 2020 goal of installing about 600 devices. 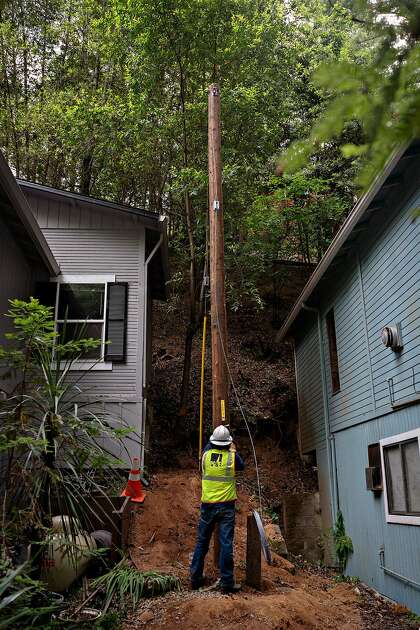 California has seen an uptick in fire activity compared to the same time last year, although fewer acres have been blackened. More than 2,300 fires burned about 6,600 acres compared to 1,340 fires that burned 8,545 acres in the same time period last year, said Amy Head, a spokeswoman for Cal Fire.

Despite the smaller footprint, Head said she was “absolutely” concerned about the increase in the number of incidents. And Northern California’s unusually dry winter may mean an earlier start to the most dangerous part of fire season.

“The conditions we’re seeing right now for some of the fires we’ve had are more typical of July-type fire behavior,” Head said. “We are a bit ahead of schedule.”

The coronavirus presents new challenges for firefighters. Cal Fire might use multiple base camps to give its firefighters more room to physically distance and conduct daily briefings in shifts or broadcast them over the the radio, Head said.

California has often experienced its most severe wildfires in the autumn months, when dry offshore winds blow through as trees and brush have gone several months without rain. Making matters worse, recent research shows that climate change has fueled a statewide fall temperature increase of about 1.8 degrees Fahrenheit. Because of that, the state’s autumn days with extreme fire conditions have more than doubled in frequency since the early 1980s, according to a new study published in Environmental Research Letters.

Though the increasingly damaging nature of California wildfires has also been shaped by such factors as forest management and development patterns, the research shows that “climate is actually a pretty big part of the story,” said UCLA climate scientist Daniel Swain, one of the study’s authors.

The stage is set for 2020 fires to be much worse than 2019 if sparks start when the wind is blowing fast enough at the wrong time. And the pandemic only makes things worse.

“This year looks very different than last year,” Swain said. “I’m hoping we get lucky. I’m hoping that PG&E’s interventions can prevent some of the ignitions during these high-risk periods, but I don’t think we can count on that all the time. … We have a potentially really complex fire season coming up.” 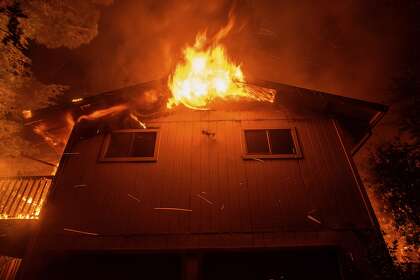 If and when PG&E responds to that risk with more blackouts, it intends to make the measure more limited than last year. On Thursday, regulators at the California Public Utilities Commission approved a plan from the company to use temporary generators to keep electricity flowing even as parts of the grid shut down.

Originally, PG&E wanted to permanently install generators at the substations it targeted. But Pender, the company’s fire-safety program director, said executives concluded that wasn’t a feasible approach this year, though it’s still on the table for the long term.

The utilities commission has also established new rules about power shut-offs for all of the state’s investor-owned electric companies. The new requirements include making companies identify people with high-risk medical needs beyond those enrolled in electric bill discount programs and pushing utilities to restore electricity within 24 hours after the extreme weather passes. Commissioners also told utilities to conduct shut-off exercises in areas most likely to lose power, among other requirements.

But the regulations don’t go far enough to protect people from harm caused by the loss of electricity, especially those who rely on power for medical reasons, said Melissa Kasnitz, legal director of the Center for Accessible Technology in Berkeley.

“The harms when you turn off the power are very real and quite immediate,” Kasnitz said. “The risks of keeping the power on are (also) real — I certainly don’t want to minimize them. … I’m not saying this is an easy balance, but you can’t pretend there’s only one side to the equation.”

Kasnitz thinks regulators need to set a higher bar for when utilities can intentionally turn off their power lines because of fire risk. She said the bar should be higher still during the pandemic. 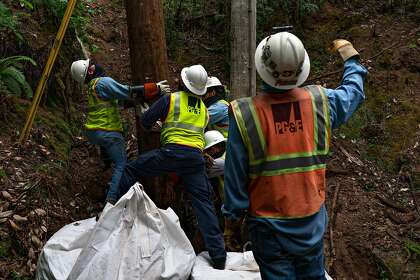 For now, PG&E’s calculus about when to turn off power has not substantively changed, though the company does want each event to affect one-third fewer customers than it would have last year. PG&E says it has also grown its fleet of helicopters that inspect power lines and improved its weather forecasting technology.

The company’s Humboldt Bay power plant can now also keep power flowing directly to as many as 67,000 homes and businesses if PG&E chooses to turn off the grid in other areas because of fire danger. Before, those customers could lose power when lines connected to the plant shut down — even if the extreme fire weather was all outside Humboldt County.

Additionally, PG&E says it has strengthened its website, which crashed amid a surge in visitors during last year’s massive blackouts. The site can now handle as much as six times the highest amount of traffic it had last year, and has contracted with an outside vendor that can help provide capacity if all else fails, Pender said.

How small businesses can survive coronavirus without federal loans