Just four weeks after the UK recorded its first death from the coronavirus on 5 March, Friday saw the number of UK deaths surpass the reported total in China, the epicentre of the virus.

The UK hospital death toll increased by 684, bringing the county’s total to 3,605 at the time, overtaking China’s official count of 3,326 from yesterday (3 April). There are questions over the accuracy of the figures in China, however.

As of today (4 April) the UK has seen 4,313 Britons die from the coronavirus, now 987 ahead of the latest figures from China.

Experts say that deaths are still expected to rise, as people who are currently succumbing to the disease would have been infected prior to social distancing measures being introduced by the government. 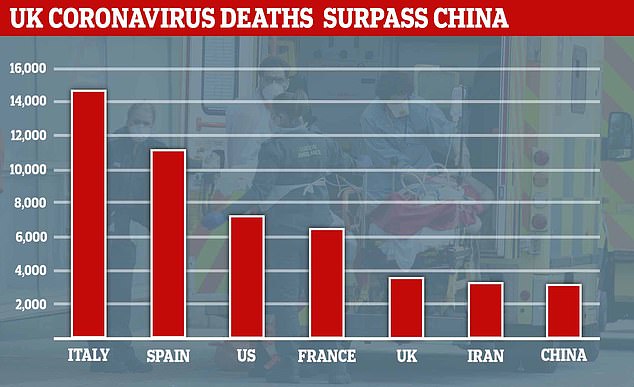 The number of deaths as a result of the coronavirus in the UK has now surpassed those in China, where the outbreak began at the end of 2019 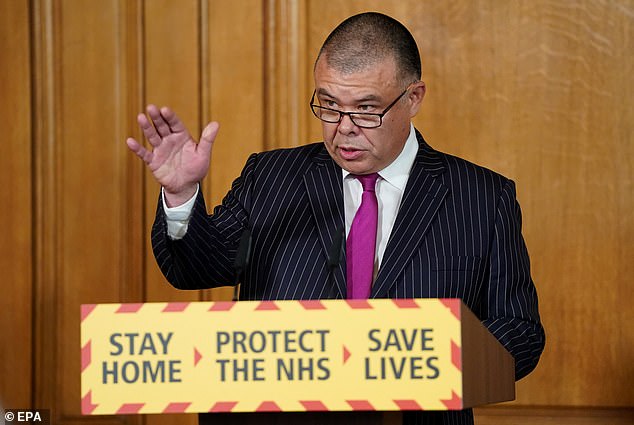 ‘As we have always said, we do not expect these changes to turn the curve on this awful disease immediately – it will take time,’ said Professor Jonathan Van-Tam, deputy chief medical officer for England, warning: ‘This remains a dangerous time.’

‘It remains vitally important that people continue to stay at home and practise the social distancing that we’ve asked of them, even this weekend as the weather turns warmer.’

London continued to be the UK’s worst hit area by the virus with 161 deaths on Friday, closely followed by the Midlands, which is also seeing a rising rate of hospital admissions with 150.

Department of health figures show that more than 38,000 people have tested positive for the virus since it hit the UK.

Globally, more than 1.1 million cases have been identified, with over 58,000 deaths. 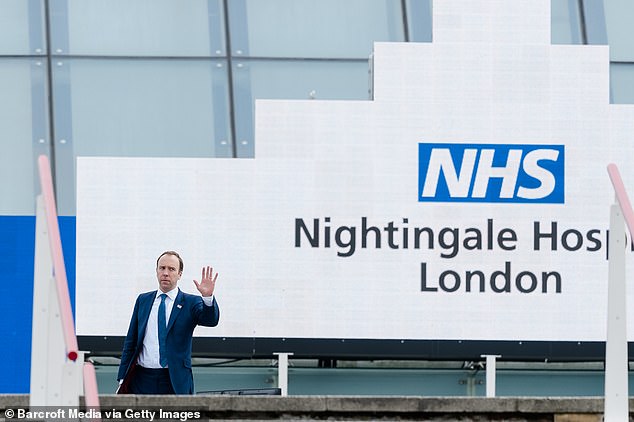 Secretary of State for Health and Social Care Matt Hancock stands in front of London’s ExCeL conference centre, which has been converted into the NHS Nightingale Hospital 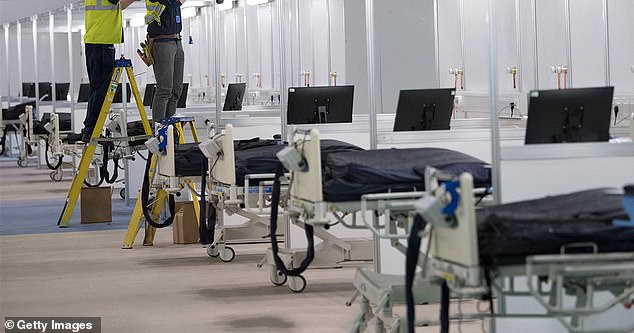 The Nightingale hospital will will accommodate 4,000 coronavirus patients, with two wards each with enough beds for 2,000

WHAT ARE THE CORONAVIRUS SYMPTOMS?

The virus, called COVID-19, is transmitted from person to person via droplets when an infected person breathes out, coughs or sneezes.

It can also spread via contaminated surfaces such as door handles or railings.

Coronavirus infections have a wide range of symptoms, including fever, coughing, shortness of breath and breathing difficulties.

Mild cases can cause cold-like symptoms including a sore throat, headache, fever, cough or trouble breathing.

Symptoms may appear 2-14 days after exposure.

Asked whether he could see signs of hope in the crisis, Prof Van-Tam said he absolutely could, saying: ‘I really do, in terms of the massive change in public behaviour that’s already taken place.

‘However, if you’re asking me about the healthcare hospital admission data, then I think it is too early to make any kind of interpretation such as that.

‘There will be day-to-day variations in the number of hospital admissions that occur as a feature of near random chance. One needs to be patient and look for a long-term trend.’

Professor James Naismith, of the Rosalind Franklin Institute and Oxford University, said while speaking to The Daily Express: ‘The rise in deaths reported today, will have brought heartbreak across the country. The awful reality is that we are going to continue to see very large numbers of deaths for some time ahead.

‘What we will see first, as social distancing measures work, is a slowdown in the increase in these daily numbers.’

While the latest daily figures represent another daily increase from Thursday’s 569 deaths, the acceleration was not as steep as it could have been, Prof Naismith said.

‘I stress that the progress of our efforts to curb the virus must not be judged by day-to-day numbers. It takes several weeks for a reduction in infections to show up as a reduction in deaths.’

After initially spreading quickly through the country, China was able to get the virus under control and flatten the curve, a feat that countries around the world, including the UK, are now trying to emulate. 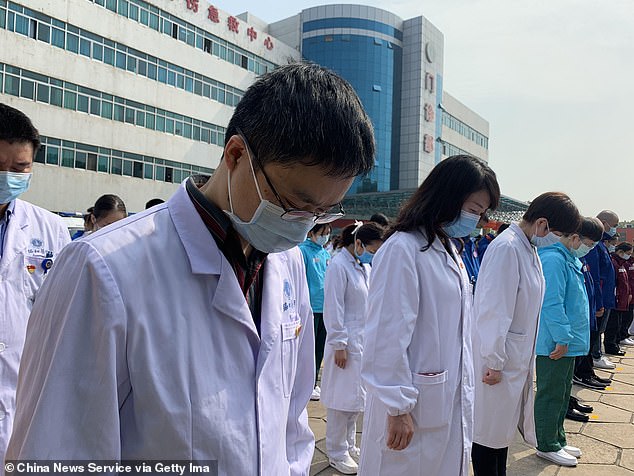 Wuhan, China, where the virus outbreak began, is today holding a day of mourning to commemorate the ‘martyrs’ that died in their fight against the coronavirus 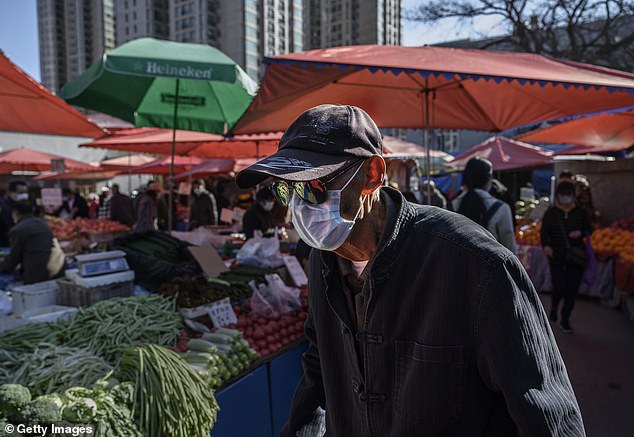 The people of China are starting to go back to their daily lives, but the people of Wuhan have been encouraged to stay indoors to prevent a second wave of the virus. Official figures say that China had 3,326 deaths, which the UK has now passed, but there are questions over the transparency of China’s public figures

The country where the virus began has since reported more than 81,600 cases of the coronavirus including 3,326 deaths. However, there are questions around the level of transparency China is offering the global community when reporting its figures.

There were signs in the country that the lockdown measures it had enforced to slow the spread of the virus were being eased for some people, but residents of Whuan, Huaibei province where the virus originated have again been told to remain inside once more.

The Guardian reported on Thursday that Wang Zhonglin, Wuhan’s Communist party chief, has said that there is a risk of a second wave of cases as people begin to emerge from their homes and return to daily life.

The UK meanwhile is said to have yet hit the ‘peak’ of the curve which is expected to be reached in the coming weeks, and is still encouraging social distancing measures.

Fears that warm weather over the weekend could encourage more people to go outside has led to health officials to reiterate the importance of staying inside, and remaining vigilant.

China Doubles Rate Of Crude Stockpiling As Oil Falls Below $0

Taiwan rebuffs WHO, says China has no right to represent it