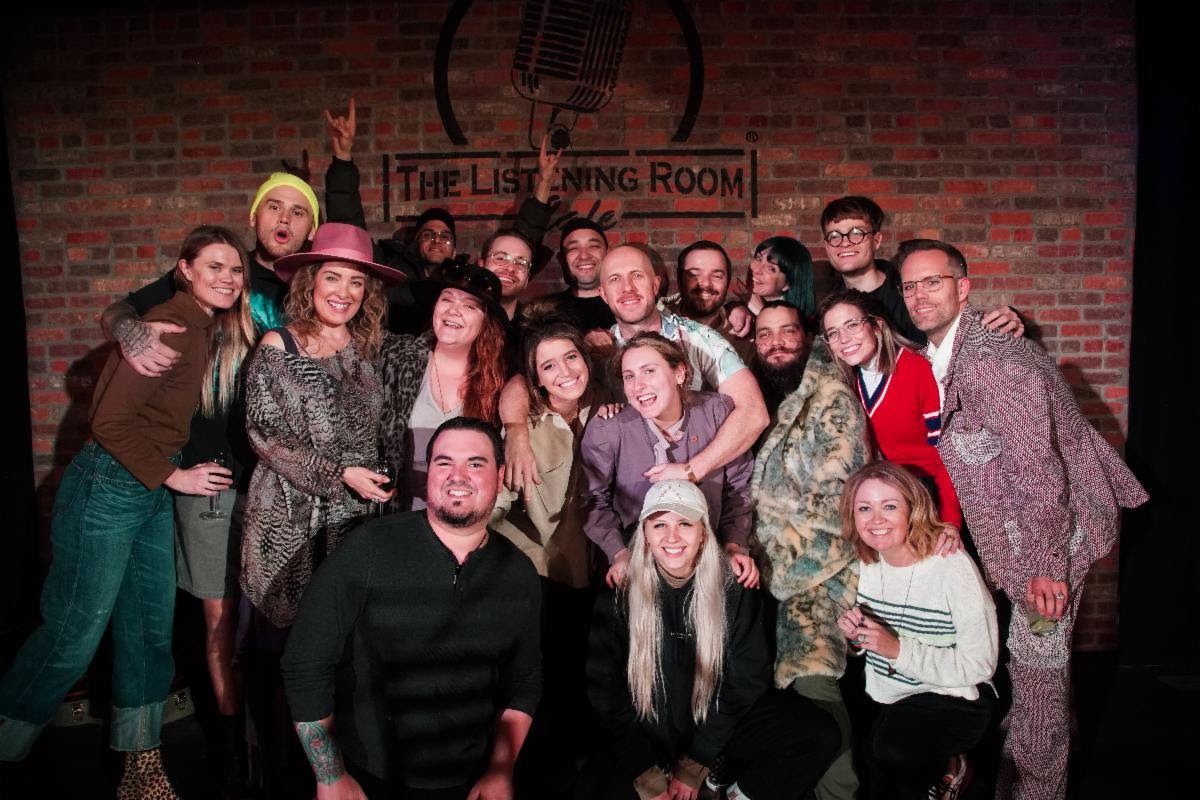 Music execs Katie Vinten (Co-founder of Facet and founder of Black Diamond Management) and Alicia Pruitt (Founder of Madfun Entertainment) organized a songwriting camp to celebrate community among writers that was held this week in Music City. The duo united some of music’s biggest songwriters from both Nashville and Los Angeles for collaborative writing sessions over three days at Nashville’s Ocean Way Nashville. Among the writers participating in the retreat were Jesse Frasure, Emily Weisband, Sarah Buxton, and more.

Throughout the week, Sony Records, Warner Records, Universal Music Group Nashville and Big Machine Records each showed their support by sponsoring daily events in conjunction with the camp such as a bowling night, a pizza & trivia night, and more. The camp officially concluded last night (March 4) with an intimate Writers Round event at the Listening Room where each of the writers performed tracks they love, ranging from brand new songs they collaborated on during the week to massive hits they’ve previously written.

“I am so thrilled to be a part of this amazing songwriting event,” said Vinten. “I can only hope that these writing sessions converge into lessons, that spawn some friendships and dialogue, which evolves into art. There’s no hidden agenda. Just a re-emphasis of enjoying the process with creatives from different walks of life. With one priority, human connection.”

The full list of songwriters that participated in the retreat: