“A communist government with a long history of cheating, lying, covering up and seeking to hurt the US is now giving free drones to (law enforcement),” a spokesperson for SC’s attorney general said.

Two of the state’s top law-enforcement leaders are worried China could use donated drones to spy on South Carolina and the U.S.

Republicans in the U.S. House of Representatives voiced similar concerns Wednesday in letters sent to the Justice Department and the Department of Homeland Security to seek information about Chinese-made drones’ use.

Drone manufacturer Da Jiang Innovations, a global technology company better known as DJI that’s headquartered in Shenzhen, China, has donated 100 drones to 44 police and fire agencies across the U.S. that have expressed interest in using drones to manage aspects of coronavirus pandemic, according to a statement from DJI.

Six drones have gone to agencies in South Carolina, according to DJI.

Minutes from the state’s Law Enforcement Training Council meeting last month show state Attorney General Alan Wilson and State Law Enforcement Division Chief Mark Keel voicing concerns over those drones. Keel and Wilson agreed that they do not want agencies in South Carolina to use the drones over concerns that “all information recorded by these drones would be reported to China,” as the meeting’s minutes put it. 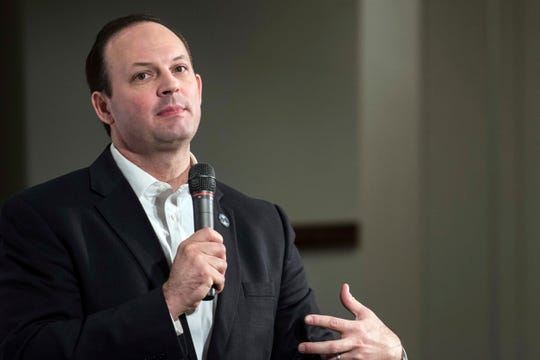 “Attorney General Wilson stated that he would be interested in knowing what agencies in SC have received these drones so a conversation can be had in regard to concerns,” the minutes read.

It was not immediately clear which agencies in South Carolina have received the drones, but officials at the sheriff’s offices in Greenville, Anderson and Pickens counties said they have not received them.

Robert Kittle, a spokesperson for Wilson, said the AG’s office still does not know which agencies received the drones. He said the state Police Chiefs Association and Sheriffs Association are trying to find out.

“The Attorney General’s concerns are simple,” Kittle said in an email to The Greenville News on Wednesday. “A communist government with a long history of cheating, lying, covering up and seeking to hurt the US is now giving free drones to LE agencies. It is pretty self-explanatory.”

Jarrod Bruder, director of the state Sheriffs Association, said he’s heard from several agencies that already use DJI drones. One agency, the Georgetown County Sheriff’s Office, responded by confirming they received a DJI drone during the pandemic, Bruder said. 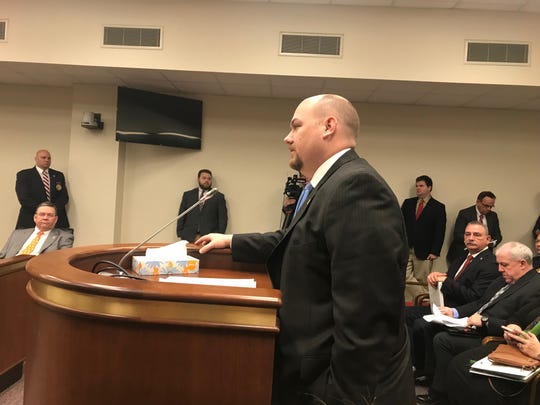 “That particular provider is the premiere provider anyway,” he said of DJI.

Ryan Alphin, executive director of the South Carolina Police Chiefs’ Association, said he has inquired about donated drones but has not determined which police departments have them.

Here’s a look at the numbers: At least 185 charged with violating SC’s emergency orders.

The letters submitted from U.S. House Republicans include information about comments about potential information security concerns specifically with DJI drones.

The letters urge the U.S. Department of Homeland Security to inform the members of Congress what steps the department is taking to monitor the newly donated drones and ask what actions are being taken.

On Wednesday afternoon, Wilson, South Carolina’s attorney general, released a statement about his efforts to urge the U.S. Congress to investigate China’s potential role in the spread of COVID-19. He said he helped lead a coalition of 14 states to develop a plan to hold the Communist Party of China responsible for the coronavirus pandemic.

“We all need to work together to find out what the Chinese government knew, when they knew it, and what our options are to hold them accountable,” Wilson said in his office’s press release.

Regarding the drones, Keel had not heard of the DJI donations before Wilson brought it up, according to the minutes from last month’s training council meeting.

“Chief Keel stated that he had not heard anything or knew of any agencies using these drones. He also stated that he would not accept one because his concern would be that all information recorded by these drones would be reported to China,” the minutes read.

DJI is the world’s largest drone manufacturer. The company announced an effort to donate drones to the U.S. as part of its disaster relief program. South Carolina is one of 22 states that have received drones through the program, according to DJI.

DJI has not identified the recipients of its drones. Company officials did not immediately respond to emails seeking comment Wednesday.

“The battle against COVID-19 is going to be a marathon, not a sprint, but we hope this early effort can illuminate one way for America’s frontline responders to protect the public, keep themselves safe and hopefully save lives,” DJI’s senior director of public safety integration, Romeo Durscher, said in written statement on April 1.

What to know: Coronavirus in South Carolina 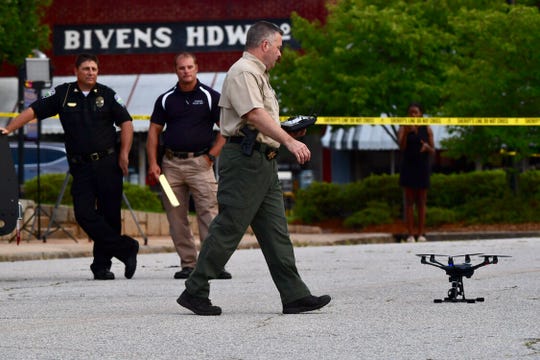 The Greenville County Sheriff’s Office has six DJI drones used for search and rescue operations, arson investigations and other operations where aerial coverage is necessary, said Lt. Ryan Flood, a spokesperson. The agency is hoping to expand its fleet of drones but has not received any newly donated drones from DJI, he said.

The Anderson County Sheriff’s Office has four DJI drones of its own but none newly donated by DJI. The devices are used for many reasons, including searches for runaway children, missing elderly persons and fleeing suspects, said spokesperson Sgt. J.T. Foster.

The Pickens County Sheriff’s Office does not have a drone, though Sheriff Rick Clark supports their use and has a personally owned drone that he has used on at least one missing person case, Chief Deputy Chad Brooks said.

Check back for more on this developing story.

Daniel J. Gross is an investigative watchdog reporter focusing on public safety and law enforcement for The Greenville News. Reach him at dgross@greenvillenews.com or on Twitter @danieljgross.