Flights from Italy, Iran and China are STILL landing in UK: Visitors from the three nations with highest coronavirus death toll have landed at Gatwick and Heathrow every day in last week despite UK lockdown

By Chris Dyer For Mailonline

Flights carrying thousands of passengers from the worst-hit coronavirus areas are still landing in Britain.

Passengers from Italy, China and Iran have arrived a Gatwick and Heathrow this week, even as the UK went in to lockdown, shutting bars, cafes, restaurants and banning mass gatherings.

Planes have arrived in London from Rome, Beijing and Shanghai every day this week. Direct flights from Rome are also still due to arrive next week.

The route between London and Rome has remained open despite British Airways, easyJet and Ryanair cancelling all flights between Italy and Britain.

This week Italy surpassed China, where the outbreak emerged last December, as the country with the most deaths after fatalities soared to more than 4,800. The Italian government also increased its lockdown measures as a result. 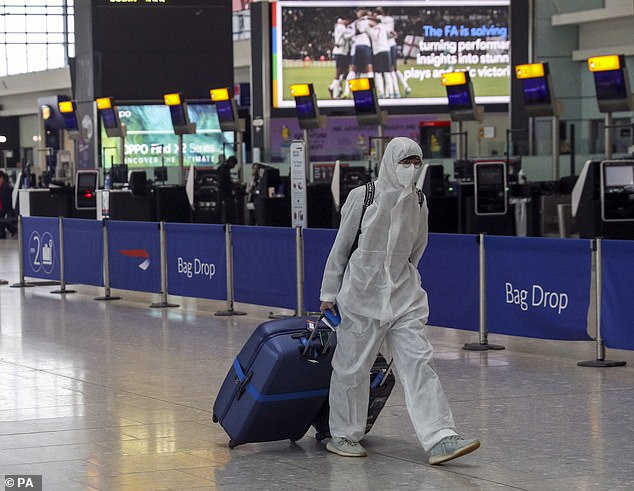 Iran Air is still operating three flights a week from the capital Tehran. Iran has the third-highest coronavirus death toll with more than 1,500 fatalities.

On Saturday two Air China flights from Beijing and a China Eastern jet from Shanghai landed at Heathrow, while a flight from Shanghai arrived at Gatwick.

This afternoon, a flight from Imam Khomeini International Airport in Tehran, is due to arrive at Heatrow Airport at around 3pm this afternoon.

Travellers coming from China, Iran and Italy with symptoms of the virus are supposed to be stopped from boarding.

On arrival in Britain passengers from these countries are supposed self-isolate for 14 days, although there is no way of actually enforcing this policy. 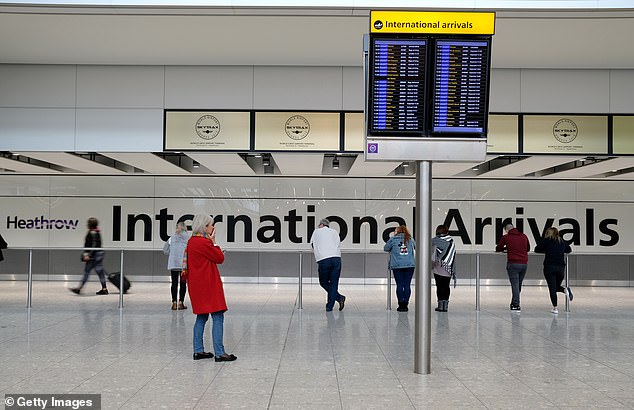 People waiting for passengers in International Arrivals at Heathrow Terminal 5. Several UK and European carriers are reducing staff and practically grounding their fleets

Last week the European Union banned nearly all travellers from outside the bloc for 30 days as a measure to try and halt the spread of the disease that has sent many countries around the continent into lockdown.

The Foreign Office advised Britons last week not to travel anywhere abroad unless it was essential.

Non-EU countries, such as India and Kazakhstan, suspended Iran Air flights last week when the crisis in the country deepened.

Former Secretary of State for Environment, Theresa Villiers, alerted the government to the issue of flights from Tehran after constituents of Iranian descent contacted her about it. 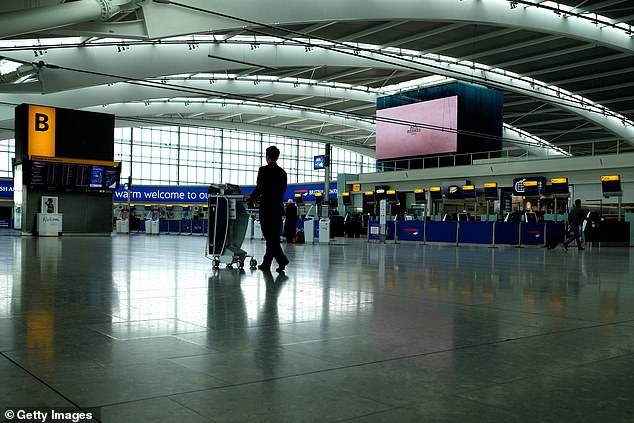 A deserted Heathrow Terminal 5 last week. Some flights are still arriving from coronavirus hotspots such as Italy, Iran and China

She told the Sunday Times: ‘The time has come to suspend routine air travel from Iran. I have raised this issue with the foreign secretary and I would now urge him to take this step.’

A spokesman for the government said: ‘There is no evidence that interventions like closing borders or travel bans would have any effect on the spread of infection.’

EasyJet and Ryanair will ground the majority of their fleets from next Tuesday as travel bans around the world kick in.

Other airlines including British Airways, Virgin Atlantic, Norwegian and Jet2 have cut schedules to as little as 10 per cent of normal levels.

Talks are continuing between the Department for Transport and the Treasury about a rescue deal for airlines and airports, with an announcement thought to be imminent.

Virgin Atlantic said staff had agreed to take eight weeks of unpaid leave over the next three months, with the salary docked from workers’ pay over six months so their income does not dry up.

All 10,000 employees of the company, founded and controlled by Richard Branson, will also be offered voluntary redundancy.