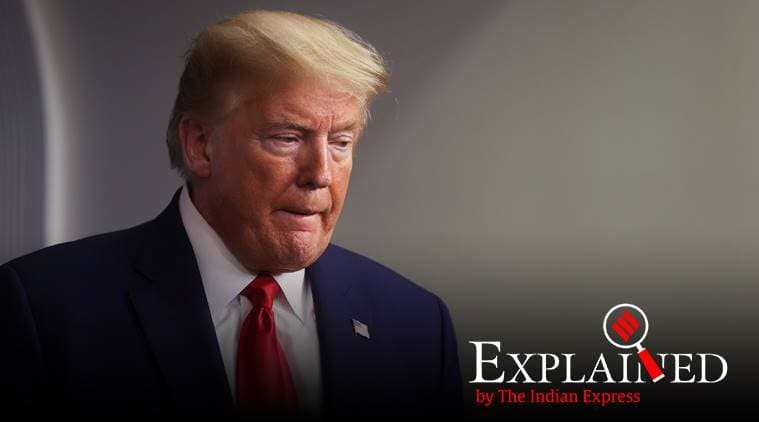 US courts do not have jurisdiction since countries are protected from being sued in US courts by the Foreign Sovereign Immunities Act (FSIA), which was first enacted in 1976.

Late last month, the US state of Missouri filed a lawsuit against China, which includes the government, the Chinese Communist Party and Chinese officials, seeking to claim damages for the loss of life, “human suffering” and economic losses that residents of the state have had to face due to the COVID-19 pandemic, the first cases of which emerged from Wuhan in China in December 2019. Missouri has seen more than 9,000 infections so far, with new cases still increasing according to The New York Times.

While Missouri is the only state in the US that has brought forward a lawsuit, now there are individual citizens and businesses in the country as well that are trying to sue China for the spread of the virus.

What does the lawsuit say?

The lawsuit claims that an “appalling” campaign of “deceit, concealment, misfeasance, and inaction by Chinese authorities unleashed this pandemic.”

𝗪𝗘𝗕𝗜𝗡𝗔𝗥: We will be in conversation with Nilesh Shah, a part-time member of PM’s Economic Advisory Council.

“During the critical weeks of the initial outbreak, Chinese authorities deceived the public, suppressed crucial information, arrested whistleblowers, denied human-to-human transmission in the face of mounting evidence, destroyed critical medical research, permitted millions of people to be exposed to the virus, and even hoarded personal protective equipment—thus causing a global pandemic that was unnecessary and preventable,” the lawsuit says.

It adds that due to the pandemic the state has seen the highest unemployment rate since the Great Depression and therefore, the state aims to sue China on four counts: causing public nuisance, carrying out abnormally dangerous activities, allowing transmission of COVID-19 and hoarding of personal protective equipment (PPE).

Do US courts have jurisdiction over foreign countries?

US courts do not have jurisdiction since countries are protected from being sued in US courts by the Foreign Sovereign Immunities Act (FSIA), which was first enacted in 1976. Essentially, the act limits the role of the executive in suits against foreign governments and government entities.

However, there are certain exceptions in this act, which may be used. For instance, the Missouri lawsuit has claimed jurisdiction over the Chinese government defendants by citing an exception in the aforementioned act that relates to commercial activity.

Even so, while the lawsuit cites the exception, it is difficult to prove such claims. According to an Associated Press report, efforts are underway in Congress to make it easier for state legislatures to sue China and other countries.

US Senators Martha McSally, Steve Daines and Marsha Blackburn introduced the “Stop China-Originated Viral Infectious Diseases (COVID) Act” last week, which seeks to empower US citizens to sue China in US courts. A statement published on McSally’s website said, “The Stop COVID Act will make China legally and financially liable for unleashing the COVID-19 infection on our country. Americans will have the legal tools to sue China in the U.S. federal court system for creating and worsening this worldwide pandemic.”

As per the statement, this legislation builds on FSIA and eliminates sovereign immunity for states that spread biological agents.

📣 The Indian Express is now on Telegram. Click here to join our channel (@indianexpress) and stay updated with the latest headlines

For all the latest Explained News, download Indian Express App.

Starbucks to debut Beyond Meat products in China