American Airlines will drastically cut back on long-haul international flights in response to decreased demand and travel restrictions due to the coronavirus.

The Fort Worth-based airline announced the changes Saturday night, saying it will reduce its international capacity by 75% compared to last year, beginning Monday through May 6.

American will suspend all of its remaining flights to Asia effective Monday, except for three flights per week from DFW International Airport to Tokyo (NRT).

The airline will also gradually suspend flights to Europe. American will still fly from DFW to London (LHR) once daily.

Some flights to South America are also among those being suspended. 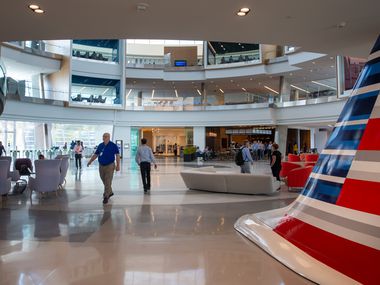 The company said it will continue to fly short-haul international trips as scheduled, including flights to Canada, Mexico, Central America, Carribean and some markets in the northern part of South America.

American said it expects its domestic capacity in April to see a 20% drop compared to last year, followed by a 30% year-over-year drop in May.

Customers who booked flights to Europe, including the United Kingdom and Ireland, before March 15, are being offered waivers for change fees through May 31, the airline said. If a flight is canceled and customers choose not to rebook, they may request a refund.