Airlines have begun warning travelers with flights to or from Costa Rica to review and, if necessary, adjust their itineraries.

The communications come in response to Costa Rica declaring a State of Emergency and restricting entry to tourists between March 19 and April 12 in an effort to slow the spread of coronavirus.

Southwest Airlines sent an e-mail to passengers with flights to Costa Rica advising them that “due to a recent government mandate in response to the coronavirus (COVID-19), we are proactively notifying you that your upcoming trip to, from, or connecting through Costa Rica … could be affected.”

The low-cost carrier, which typically offers daily nonstop service between Fort Lauderdale (FLL) and the San José area, shows tickets as “unavailable” until May 4. 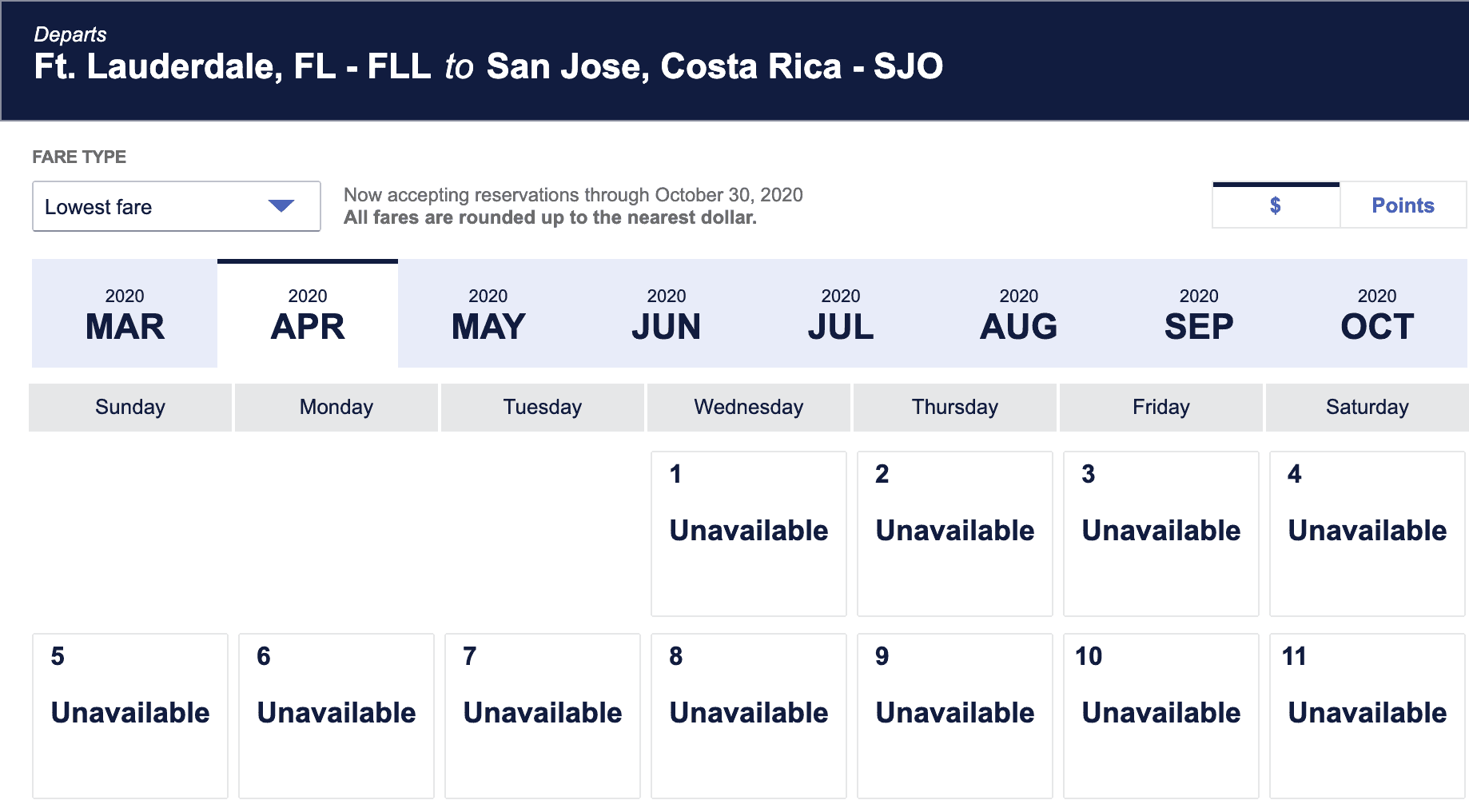 JetBlue, which also flies nonstop between Fort Lauderdale and SJO, is selling no tickets on the route between March 20 and April 12.

Copa Airlines is offering passengers with itineraries to Costa Rica the option to use the full value of their ticket toward a future flight. 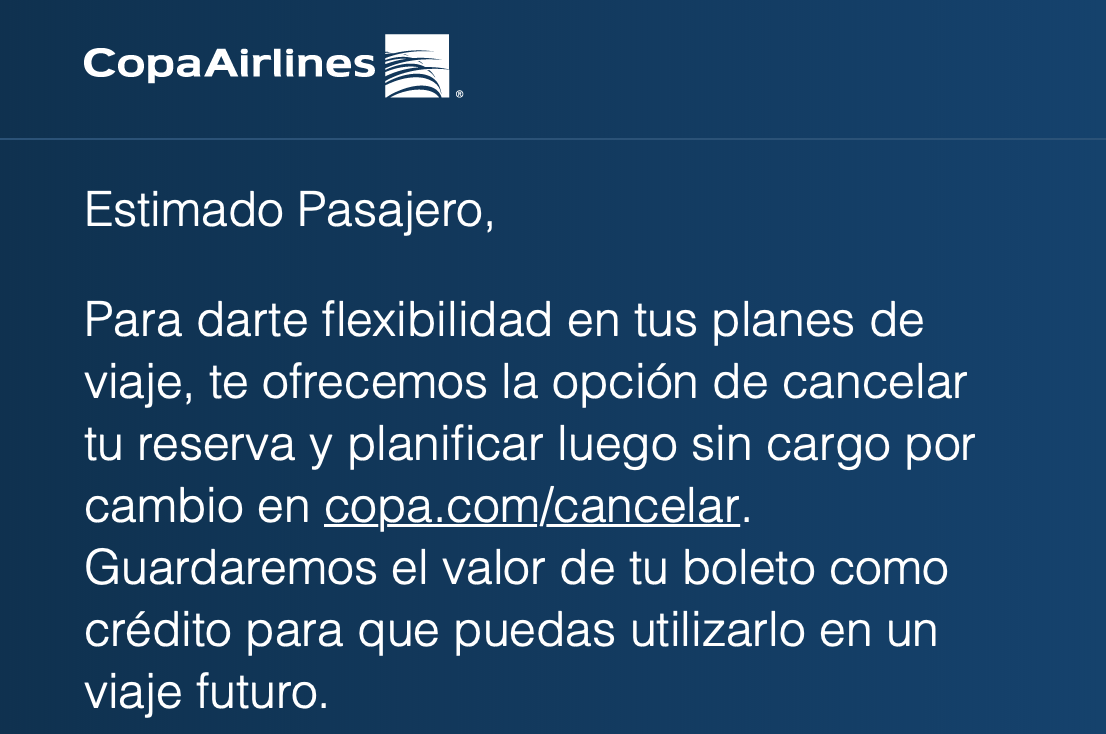 Copa Airlines is offering passengers the ability to rebook flights without penalty. Screenshot.

As of press time, Alaska Airlines, American Airlines, Delta Air Lines, Spirit Airlines and United Airlines are all still offering tickets between Costa Rica and the United States during the travel restriction.

However, a reader shared that her March 24 flight on Delta from the San José area to Los Angeles (LAX) had been canceled; the airline rebooked her on the same route the next day.

Airlines have asked travelers to confirm itineraries and make changes online when possible, as their phone lines are busy. Many carriers are waiving change and cancellation fees due to the COVID-19 pandemic.

Flight risk – Airlines are running out of cash | Business